The GW Astrophysics Group strives to excel in high-energy astrophysics research and to advance astronomy and astrophysics education. We explore matter and physics under the most extreme conditions by using world-class telescopes and NASA satellites.

Alongside the core team, the Astrophysics Group collaborates with physicists from labs around the world and hosts researchers from NASA, the Naval Research Laboratory and many universities. 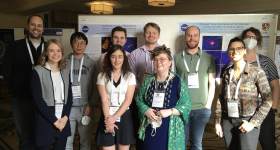 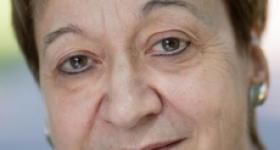 Chryssa Kouveliotou received international recognition for her contributions to the understanding of magnetars, a class of highly magnetized neutron stars.

A team of GW magnetar experts was part of the international collaboration that analyzed data from space- and ground-based observatories. 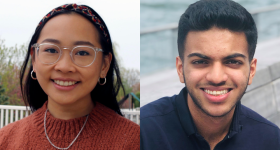 Getting Creative: Student Research in the Virtual Learning Environment

For physics major Ujwal Kumar, the COVID pandemic turned everything upside down — including his astrophysics research on gamma ray bursts. But thanks in part to CCAS' STEM Summer Research Program... 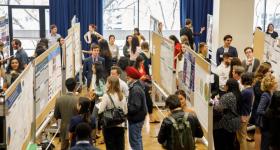 Eric Boulter, a junior majoring in astrophysics and music, is using virtual reality technology to bring the solar system to life. Wearing a headset, users can stand among the stars and study how...

Current research in the group applies expertise in astrophysics to the exotic processes occurring near extremely dense and compact objects, including neutron stars and black holes.

Some of the processes studied — such as stellar collapse, stellar mergers and matter falling into black holes — are impossible to duplicate on Earth. They make powerful distant sources of light, neutrinos and gravitational waves. A study of the full spectrum of radiation from the dynamics around neutron stars, gamma-ray bursts and close binaries promises to reveal the physics of these systems. X-ray and gamma-ray observations require satellite data, while much of the optical and radio observations are ground based.

GRBs are extragalactic sources with an enormous energy release (1050-1054 ergs). Historically, most GRBs have been detected as brief (from a few milliseconds to several minutes) and very intense flares seen in gamma-rays and hard X-rays. This corresponds to the frequency range where most of the burst energy is emitted, although we now know that GRBs are intrinsically multi-wavelength phenomena. The first major effort in studying GRBs was associated with the BATSE gamma-ray instrument, which detected about 2,700 GRBs during its lifetime. However, due to the lack of multi-wavelength capabilities and poor angular resolution, it was challenging to determine distances to GRBs solely with BATSE data. The improvement in localization capabilities of gamma-ray instruments and fast follow-up ground-based observatories established an association between GRBs and remote galaxies. This has also shed light on the physical nature of GRBs, although a lot of questions still remain.

With the launch of modern space telescopes designed to detect GRBs (such as the Swift and Fermi observatories), the amount of information available about individual GRBs virtually exploded. The number of detected GRBs has grown to ~4,000. Although the majority of GRBs can be related to the collapse of massive stars or mergers of compact object binaries, there are ongoing debates about the type of objects undergoing collapse/merger (the progenitors) and the mechanism responsible for converting pre-existing gravitational energy to radiation (accretion, shocks, reconnection). The total GRB rate is also unknown because it is surmised that much of the high-energy radiation we receive comes from collimated outflows (jets) which happen to point at us, but the properties of these jets are still poorly understood.

GRBs are unique physics laboratories in which the jets move at almost the speed of light, and they harbor extreme particle acceleration, which is hard to produce elsewhere in the Universe, let alone in laboratories here on Earth. Furthermore, GRBs are expected to produce strong gravitational wave and neutrino signals, and GRBs have far reaching implications for cosmological studies. We are investigating the still mysterious GRB phenomenon using data from many space- and ground-based observatories, including Fermi, Swift, Chandra and several radio telescopes. We also collaborate with researchers all over the world to obtain the best possible multi-wavelength data sets to further our understanding of these phenomena. Our group developed a number of novel techniques for temporal and spectral GRB analyses, and we perform multi-wavelength modeling using state-of-the-art codes.

Galactic compact objects include black holes, neutron stars and white dwarfs. Physical processes inside and around these objects result in many fascinating physical phenomena such as accretion, relativistic magnetized outflows, shock waves, particle acceleration, reconnection and various high-energy radiation processes. We are studying all of these phenomena as well as the population of Galactic compact objects, using multi-wavelength observations. Our research efforts focus on neutron stars, pulsars and their nebulae, magnetars, microquasars and interacting binaries, galactic TeV sources and the strong gravity environment in the vicinity of black holes.

Neutron stars are collapsed stars whose surfaces can be hot enough to emit radiation in ultraviolet and X-rays. In addition, many neutron stars manifest themselves as pulsars - objects that emit short intense bursts of radio waves, X-rays, gamma-rays, or visible electromagnetic radiation at regular intervals. Due to the extreme conditions in the neutron star interiors, these objects can be used as natural laboratories for studying the poorly understood properties of the superdense, strongly magnetized, superconducting matter. Such conditions can never be reproduced in laboratories on Earth, and therefore, studying neutron stars provides the only way to learn about the nuclear reactions and interactions of elementary particles under these extreme conditions. The conditions are even more extreme in magnetars, neutron stars with extremely high magnetic fields. These sources exhibit outbursts at X-ray and gamma-ray energies and can emit bursts frequently but irregularly. The majority of bursts in these objects is likely caused by the release of stress in the neutron star surface that has been built up due to the magnetic field. Sometimes, extremely bright giant flares are detected, which involve a large-scale restructuring of the magnetic field. Besides studying pulsars or magnetars, we also study pulsar winds, which allows us to understand the complicated pulsar wind nebula morphologies, elucidate the dynamics of relativistic magnetized outflows and their interactions with the ambient medium (e.g., host Supernova Remnants) and learn about particle acceleration in magnetized relativistic plasmas. X-ray, gamma-ray and optical observations of neutron stars provide valuable diagnostics of all these processes.

Microquasars are the most extreme manifestations of stellar black holes. In these system (which are in many respects analogues to their supermassive counterparts in active galactic nuclei) matter pulled from a massive companion star falls onto the compact object. In this process the matter heats up to very high temperatures and emits intense X-ray radiation. Due to the rapid rotation of the compact object, a fraction of infalling matter is being ejected from the system along the compact object spin axis, leading to formation of jets whose nonthermal emission can be seen throughout a wide range of frequencies. Some microquasars also emit very high energy (VHE) radiation in the GeV and TeV bands. The exact mechanism responsible for the VHE radiation has not yet been established, and several possibilities are currently being explored. The compact object studies are performed by Professors Oleg Kargaltsev, Chryssa Kouveliotou and Alexander van der Horst, along with several postdocs. Kouveliotou leads a large international effort to better understand the magnetar phenomenon, and we also collaborate closely with the Neutron Star Group at the Astronomy and Astrophysics Department at Penn State University.

We are applying intelligent machine-learning classification algorithms to determine the nature of thousands of X-ray sources and GRBs. This effort is led by Professor Oleg Kargaltsev with participation of several other faculty and students.

Cataclysmic variables (CVs) are close-binary star systems which undergo systematic brightenings ('novae'). Evidence indicates that CVs are undergoing mass transfer from a 'donor star' to a white dwarf due to gravitational tidal forces from the white dwarf acting on the donor star (such as a nearby red giant). The material from the donor star forms an accretion disk, made largely of hydrogen, around the white dwarf. As this hot material in the accretion disk radiates and falls onto the surface the white dwarf, it accumulates until it reaches a sufficient temperature and density to undergo a thermonuclear reaction, producing a novae. This process can repeat many times, although residual accumulated helium may bring the white dwarf to critical mass. Because of the quasi-stochastic nature of the light from CV outbursts, CVs can be a test bed for the study of such light from explosive events, such as GRBs. Data from the Kepler mission, with fine time resolution, is now available. 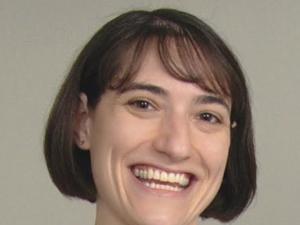 Associate Professor of Honors and Physics 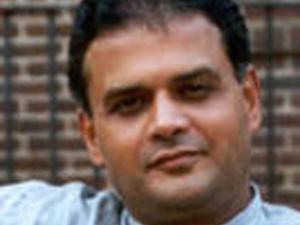 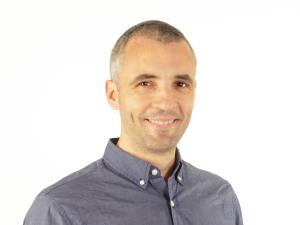 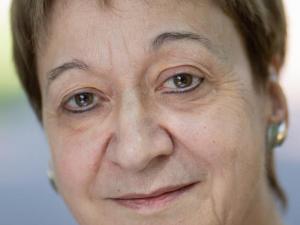 Professor of Physics and Department Chair 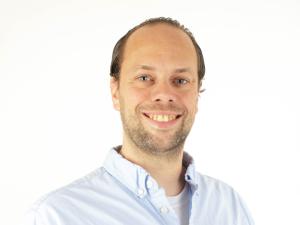